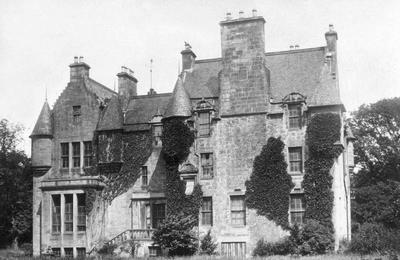 Subject notes
Text on print reads: "Stenhouse, now demolished, originally stood in the present day Lodge Drive area of Stenhousemuir. It was originally built as a tower house by William Bruce in 1622, but was considerably altered in 1836. This photograph is from an album dated 1914. Donated by Mr Duncan, Stenhousemuir".