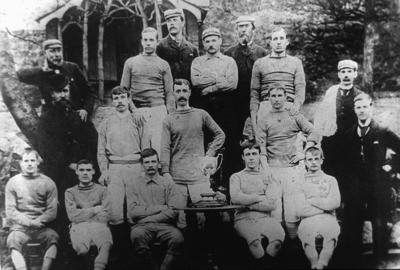 Maker
Unknown
Subject person
Bo'ness F C
Subject notes
Several early photos of this team also show the title 'Auld Raw Tree Blues' - which suggests that this was an early nickname for the club. The club's strip was blue. There was also said to be named after the tree beside the long row of miners' houses at Newtown where they their ground was.