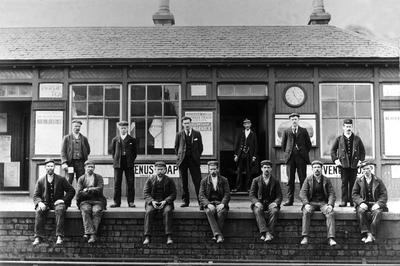 Site history notes
This station was a terminus at the end of a 75 chain railway down a sharply curved and steeply graded branch off the Scottish Central Railway at Greenhill Junction. It was opened to passengers in 1886 by the Caledonian Railway and simply called Bonnybridge (as was that at High Bonnybridge belonging to the North British). The last passenger service was on 28 July 1930. Renamed Bonnybridge (Canal) in April 1952. The goods yard serviced the local foundries and the tobacco factory. In the 1960s carflats from Luton provided a great deal of work. The goods office closed in 1964.