Maker
A C Brown
Production date
Post 1900
Description
A crane holds the top half of a bath moulding box by the handles. It is hinged by the snugs. There is a pin at the front of the box. A sieve hangs from the wall and behind is a sand ramming machine.
See full details 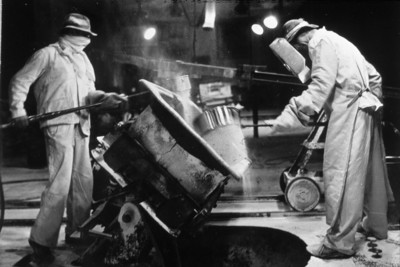