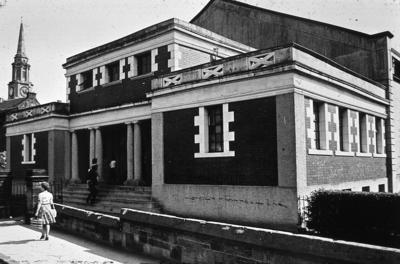 Subject notes
The saga of Falkirk's public baths was a long one beginning in 1905 when Robert Dollar decided to donate a sum towards their construction. The money was eventually diverted to buying Dollar Park and Mr Dollar's money was never used for its original purpose. The baths were eventually opened in 1932 in the Pleasance, 27 years after Robert Dollar made his offer.