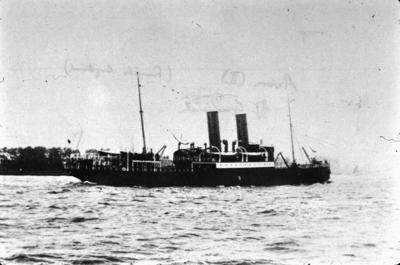 Maker
Unknown
Subject person
Carron Line
Subject notes
SS Avon was a twin screw passenger steamer built in 1897 by Wigham Richardson and Co, Neptune Works, Newcastle upon Tyne, for the Carron Co's service between Grangemouth and London and weighed 1722 tons.
SS Avon was sunk in 1916 after striking a mine in North Sea.
only twin-screw coaster on East Coast