Biography
Alexander Nimmo senior (1824-1898) was born at Westbank and his father was Thomas Nimmo, tanner and currier, Falkirk. Alexander was educated at Falkirk Grammar School and afterwards studied principally Chemistry and Languages at Edinburgh University. After this he assisted his father in the tanning business and succeeded him in it after his death. He also conducted a tanning and glue manufacturing business in Linlithgow in conjunction with Bailie Cuddie.

He took a prominent part in the formation of the volunteer movement in Falkirk in 1859. There was then only one company and it was known as the East Stirlingshire Rifle Volunteers. In February 1860, Nimmo was appointed a Lieutenant and on November of the following year he was gazetted Captain. On 10th January, 1877, he was promoted to the rank of Major, 26th May, 1885, Lieutenant Colonel and on 19th April the same year, he was appointed honorary Colonel in command of the battalion. After 27 years and 11 months service, Colonel Nimmo resigned his regular connection with the force on 9 March 1888.

He is described on his death registration as "Gentleman", widower of Helen Russel (1st) and Margaret Robertson (2nd), and as son of Alexander Nimmo, tanner and Mary Nimmo of Crawford. 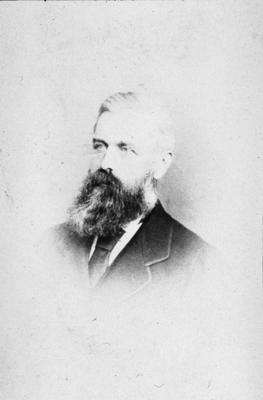