Biography
Graham Sharp Wilson was the youngest son of Mr Adam Wilson and Jane Cummings Sharp Wilson of 16 Wall Street, Camelon. Born in 1914 and educated at Carmuirs School, then Falkirk High School. Graduated Bachelor of Law at Glasgow University. He joined an Edinburgh law firm and in 1937 joined the RAF Volunteer Reserve. When war broke out he was called up immediately and served in France, covering the evacuation from Dunkirk. He is credited with having shot down a Heinkel. He then served for 9 months in the Libyan campaign. Then on to Greece, Syria and Iraq. He married on 18th October 1941 Miss Isobel Tripney Oswald of 26 Mansionhouse Road. He was awarded the Distinguished Flying Medal in March 1942 and promoted from Flight Sergeant to Warrant Officer (Observer) on 15th May 1942. He went as Observer, with Pilot F/Sgt Sharp, W/OP/AG F/Sgt Mantle, Fitter LAC A.E. Wright. Their aircraft was a Hudson AE548, which flew from Hendon to Portreath, then to Gibraltar, but crashed into the sea, on approach, at 1540 20th May 1942. It dived into the sea, floated for a short time, and Wilson's body was the only one recovered. Rest listed as "Missing, believed killed; cause unknown." He is buried in Gibraltar (North Front) Cemetery plot 2, row C, joint grave 8. 747916 W/O GS Wilson DFM. Graham Sharp Wilson 747916 Sergeant, No 37 Squadron L.G. 4.11.1941. Air Observer. This NCO has taken part in 47 operations of which 14 were done in Blenheim fighters and 33 with No.37 Squadron in Wellingtons. These operations include raids over Germany, France, Belgium, Holland, Libya, Albania, Bulgaria, Greece, Iraq and the Dodecanese. By his skill and coolness as a Navigator, he has on many occasions been largely responsible for the safe return of his aircraft in conditions of bad weather. In particular, on the night of 15th April, 1941, while carrying out a raid on German convoys in Kozani area, Greece, his aircraft became shut in a valley with 10/10ths cloud below the mountain tops. It was necessary to fly out of the valley with grave risk of flying into mountains and Sergeant Wilson's coolness and sound judgement were the greatest assistance to his Captain in this difficult manoeuvre. On 2nd May, 1941, and again on 4th May 1941, during daylight operations against Iraqi rebels, Sergeant Wilson's bombing panel was shattered by bullets during the run up to the target. He did not allow this to prevent him from releasing his bombs with satisfactory results. Sergeant Wilson has at all time displayed outstanding courage and devotion to duty and has set the highest example in the squadron. 17th October, 1941. [Tavender, I. 2000, The Distinguished Flying Medal Register for the Second World War with Official Recommendation Details. Vol 2, P.989.] 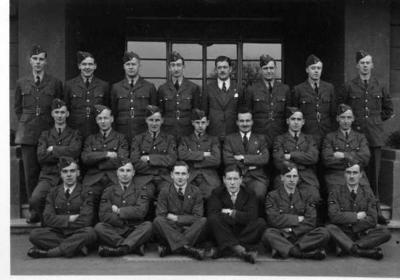 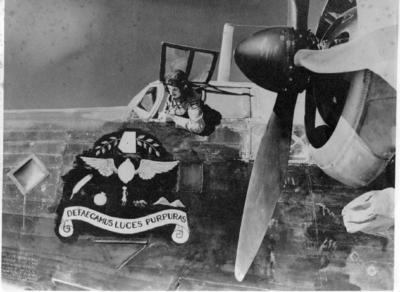 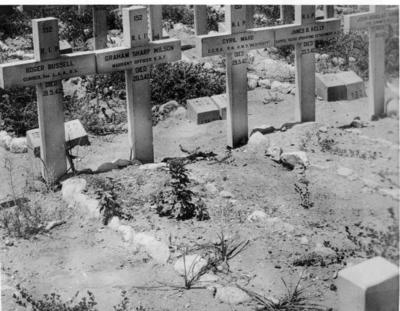 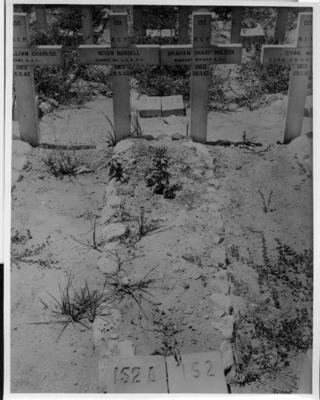 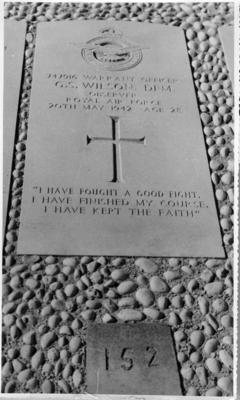 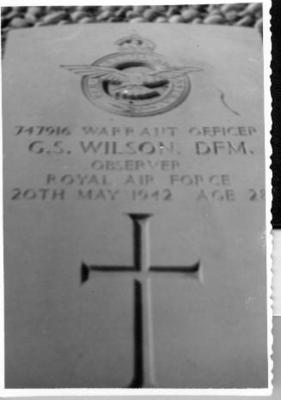 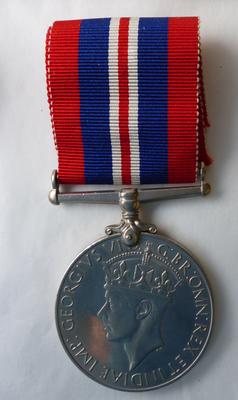 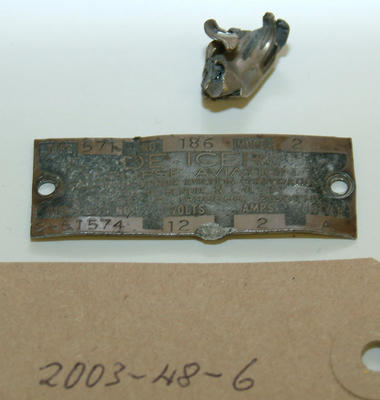 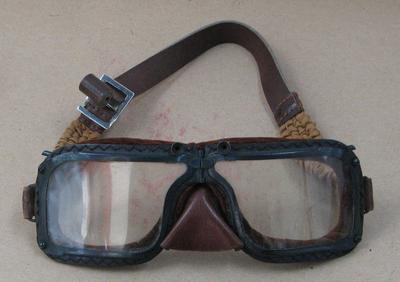