Biography
Dr William S Bruce (1867-1921) was an explorer, geographer and natural historian. Led the successful Scottish National Antarctic Expedition to the Weddell Sea from 1902 to 1904. Also led various expeditions to Spitzbergen, Norway between 1906 and 1919. It was discovered that Spitzbergen was rich in coal and iron ore deposits. This led to the formation of the Scottish Spitzbergen Syndicate. Bruce led an expedition to Spitzbergen in 1919 which included a group of 13 miners from Bridgeness Coal Company, Bo'ness. It was found, however, that the whole venture was uneconomic and Scottish Spitzbergen Syndicate sold their interests to a Dutch Company. 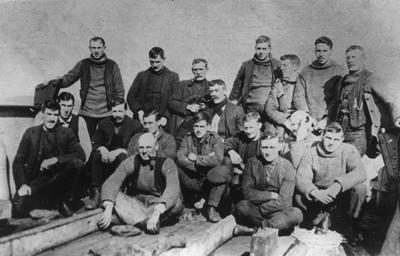