Biography
BPW Grangemouth club was founded in June 1952 at The Lea Park Hotel, Grangemouth, to meet the needs of business and professional women in the area. The club is part of the wider organisation, BPW International, which was begun in 1930 by Dr. Lena Madeson Phillips, and had its origins in the first international meeting of BPW USA, founded in 1919. BPW Grangemouth closed and merged with Scottish Region in December 2004. The aim of BPW International is to promote equal opportunities for women in economic, civil and political life, free from discrimination. Women are encouraged to realise their responsibilities within the community, in a local, national and international context. The aim of the organisation is to educate members to maintain high standards in business and professional life. Today, BPW International is affiliated with The United Nations, UNICEF and UNESCO. BPW UK was founded in 1938 and shares the aims of BPW International. The main aim of the organisation is to help women achieve their full potential in all aspects of life. It also monitors and acts on issues relevant to women and is a non-political party which lobbies government. BPW UK is a member of the European Women's Lobby and is a founder member of the Women's National Commission. The first Scottish branch was opened in Edinburgh, 1939. Considerable interest surrounded the creation of BPW Grangemouth as clubs already existed in surrounding areas of Falkirk and Larbert. The first meeting attracted 93 founder members and a further 17 joined that evening under President, Mrs E. Reid, and created a record in Great Britain and Northern Ireland 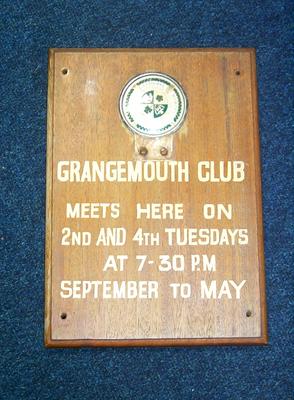