Biography
John Gorman (1868-1948) was born at Campsie and became a plasterer/slater to trade. At the age of 19 years he joined the 2nd Battalion Scot's Guards and served for 7 years before returning to Lennoxtown to work for John Wright, slater. He left in August 1894 and was placed on the reserve list. He joined the Stirlingshire Constabulary, but in 1899 he was called up and served a further 4 years in the Boer War, being discharge in August 1903. After this John Gorman returned to the Stirlingshire Constabulary and carried out his duties at Airth and Slamannan for a total period of 13 years and 10 months until 1911 (see general notes for police record). He then got a position as janitor at the Northern School and with the Carron Company, first as a warehouseman, then as night watchman, then in the Enquiry office. He rejoined the 2nd Battalion in August 1914 and was discharged in August 1915 due to his wounds - a gun shot to the chest. His son, also John, was killed in action on 13 Oct 1918 whilst serving with the Gordon Highlanders. After the war at Carron Works, now as Yard Policeman, which he held until his retirement. The family lived at 21 Gordon Terrace, Carron Road, Falkirk. He died in 1948. He had four sons - William, Pat, James and John, and four daughters - Ella, Sarah, Celia and Agnes. 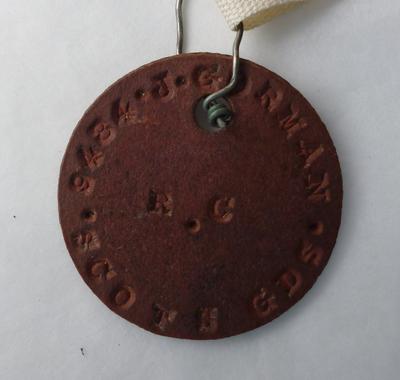