Biography
The 1/9th mobilised at Edinburgh in August 1914, and moved to France in February 1915 with the 27th Division; when this moved to Salonika in November they remained in France, transferring to the 5th Division, and then to Third Army reserve. They were assigned to the 51st (Highland) Division in March 1916, with whom they fought for two years, then to the 61st (South Midland) Division and 15th (Scottish) Division in 1918. After the war, they were reduced to a cadre and disbanded in Belgium in May 1919. 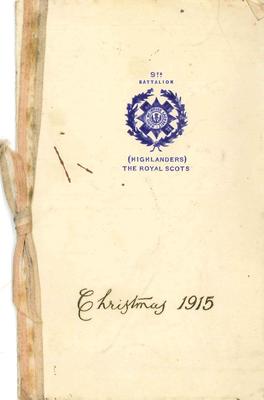