Biography
The Feuars of Falkirk derived their formal existence from an action for the division of the commonty of Falkirk muir brought by William Forbes of Callendar against a group of named individuals, described as feuars of Falkirk, in which there was a decree pronounced by the Court of Session on 19 December 1807. During the case the feuars claimed to have the right to cast feal and divot and other rights (including quarrying stone) in Falkirk muir. The decree granted them ten acres or so of the muir to be possessed as common property by the feuars and proprietors of lands and houses in and about Falkirk; another 20 acres of the muir were to be obtained by them in 1809 and thereafter managed by them; an acre of land in the burgh was to be made the market place and also managed by them; and the feuars obtained the right to levy duties and customs in Falkirk and apply the profits for the common good. The Feuars collected feus from 1807. They were responsible for establishing the new market. In the 1850s, after criticism in the 'Falkirk Herald', they began to make improvements in the town but, following a court case over the extent of their control, they lost the right to levy dues and their powers were gradually replaced by those of the Town Council. The Falkirk Police and Improvement Act 1859 (22 & 23 Vict., ch.cxxiii) withdrew the power to levy dues from the Feuars and granted that power to the Improvement Commissioners. The Feuars still had some authority, most notably the administration of their buildings and public lands. They built a new corn exchange in 1858 and replaced this in 1879 with a town hall. The Falkirk Corporation Act 1890 (53 & 54 Vict., ch.xiv) transferred all of the Feuars' remaining powers and property to Falkirk Town Council. 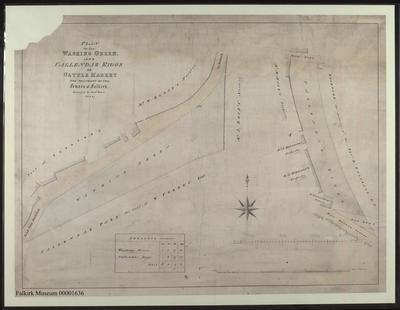 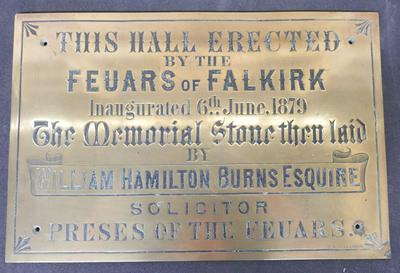 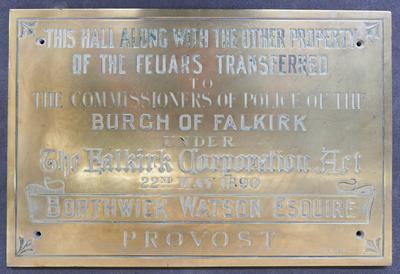 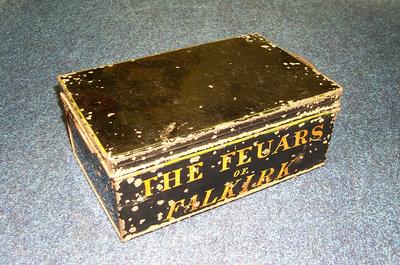