Biography
John Louden was born in Airdrie but grew up in Reddingmuirhead, Falkirk, where he attended Liddle's school and became a pupil teacher there. After training as a teacher he taught in Meigle, Perthshire, and Bathgate, West Lothian, before returning to Reddingmuirhead. In 1902 he was appointed head teacher at Redding Intermediate School from which he retired in 1925. He was also an active Freemason and a member of Lodge Polmont No 793; a member of Grangemouth Parish Council and later of Stirling County Council; and an Elder at Polmont North Parish Church. He died in 1933. 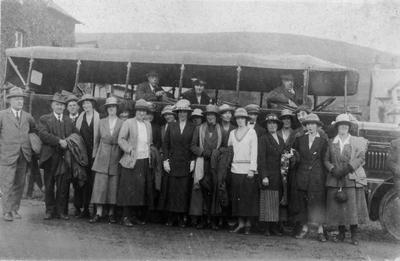