Biography
Nobel Industries Ltd (previously Nobel's Explosives Co) operated an explosives factory at Westquarter where detonators were made for the explosive devices made by Nobel's in Ardeer, Ayrshire. (The Westquarter factory was founded by Westquarter Chemical Co in before 1873). The company merged with Brunner, Mond & Company Ltd, British Dyestuffs Corporation Ltd, and United Alkali Company Ltd to form ICI (Imperial Chemical Industries) in 1926. (See also Site authority for further details) George McRoberts was one of the three partners at the Westquarter Chemical Co. In 1873 he became the chief chemist for Ardeer. Shortly thereafter, Nobel bought out McRoberts' two partners. The Westquarter Factory was moved to a different site in 1876. The works closed towards the end of 1965. 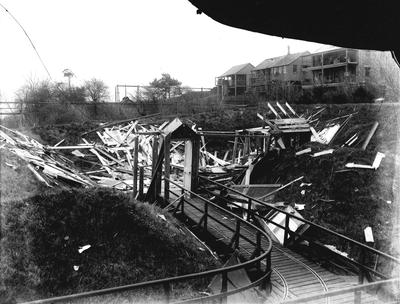