Biography
Lady Louisa Antoinette Charteris, daughter of Francis, 8th Earl of Wemyss and Margaret, Countess of Wemyss married William Forbes (1805-1855) on 14th August 1832.
Lady Louisa and William Forbes had six children, William, was born 3 July 1833 and was baptised by the Rev James Traill of the Episcopal Church in Haddington on 30th July. James Traill also baptised Margaret in 1834 and Agnes in 1837. [A727/1211] Francis, Louisa and Charlotte were probably also baptised by the same minister.

Margaret, their eldest daughter died in March 1843 when she was eight and a half. Louisa’s grief is recorded in a little notebook of hymns and poems “Favourite hymns and chapters of my dear child...with some prayers of his own composition & hymns I liked after her death”.

Louisa’s other main responsibility was the running of a large household for her wealthy and socially prominent husband. On her marriage she had an inventory of the bed and table linen in Callendar House drawn up [A754.004]and she kept accounts with several local tradesmen who supplied the household with meat, bread, biscuits, bakery, draperies and other household requirements.

Outside her domestic circle, Lady Louisa was also an important figure in local charitable work. She made an annual donation of £7 to the Falkirk Female Society for their work with the poor of Falkirk, and one year she also gave 66 yards of flannel, a dozen and a half flannel shifts and 25 pairs of stockings to be distributed [Stirling Journal 2 Feb 1844]. On the social scene, she presented a silver tea service as a prize at the Stirling Races, and she was a guest at Queen Victoria’s reception when the Queen visited Stirlingshire during her 1842 Scottish tour [Stirling Journal 16 Sept 1842].

Louisa was interested in music, played a keyboard instrument and had two music books where she copied the music she heard and played. [A754.001 & A969.001]

Louisa died in 1845. William paid Professor Simpson of Edinburgh £210, and spent another £325 on the three other doctors who attended her. There were four mourning coaches at her funeral and William paid for 36 pairs of men’s black kid gloves and 48 yards of black crepe for the household. She was laid to rest in “A very strong Spanish Mahogany coffin covered with rich black velvet and best solid brass gilt mountings” 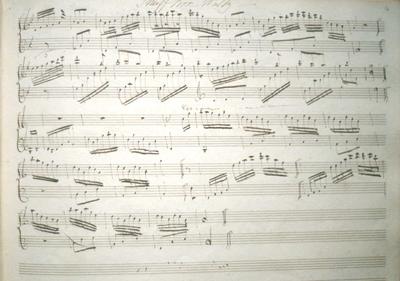 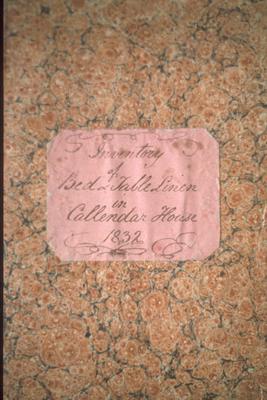