Biography
There has been a Christian church on the site of Falkirk Old since at least 800 AD, and local tradition has linked the earliest foundations with Saint Modan in the 6th century. According to the Fasti of the Church of Scotland, the pre-reformation church was dedicated to St Modan. Sometime during the next three centuries the appearance of one of the early church buildings gave rise to the name Egglesbreth, the speckled church, which translated into Scots as the Faw Kirk. In the 12th century the church passed into the hands of the Augustinian canons of Holyrood Abbey who remained in possession until the Reformation in 1560. Thereafter it was a parish church of the Church of Scotland, remaining with the Established Church through the various secessions of the 19th century. In 1929, following the union of the Church of Scotland with the United Free Church of Scotland, Falkirk Parish Church was renamed Falkirk Old Parish Church. In 1986 the congregation was united with St Modan's Church and re-named Falkirk Old and St Modan's Parish Church. There is an extension place of worship in Hallglen Centre (more) The present church building was erected in 1811, containing within it the early 18th century bell tower. A church hall was added in 1892 (plans in Dean of Guild records) and new halls were constructed in 1995. In the 1960s the kirkyard was cleared and the old buildings along the High St front were removed. 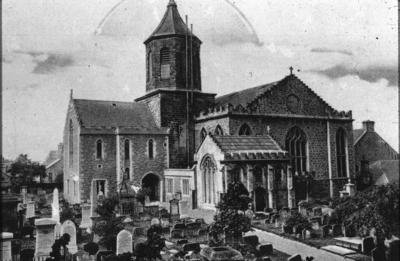 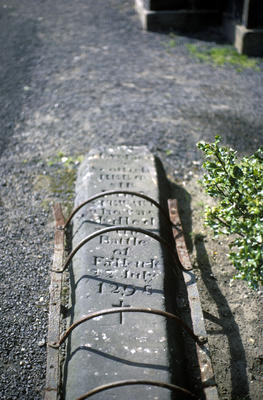 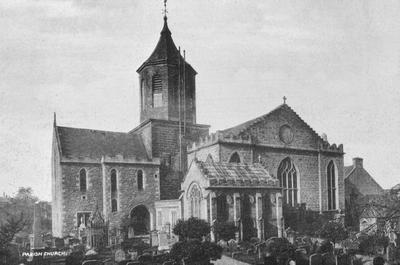