Biography
Mary Georgina Wade Wilson(1856-1939) was an artist, born in Falkirk. She trained in Edinburgh and Paris and worked mainly in watercolour and pastel although occasionally used oils and was book illustrator. Exhibition held in Callendar House in 1997 and photographs taken of works.
At age 18 she went to Paris to study art. She also studied in Edinburgh. She first used oils and watercolours but in Paris she began to use pastels, which became her favourite medium after this. She exhibited regularly in Edinburgh from at least 1879. She exhibited with the Royal Scottish Academy, Aberdeen Artists Society, Glasgow Institute and Scottish Women Artists Society, amongst others. She also exhibited in London galleries and abroad. (no details known). She also illustrated books, including "Garden Memories" and "Scottish Gardens". She painted an altar for her church, Christ Church, Falkirk (Scottish Episcopalian), which is still there. Proceeds from the sale of her work were often donated to charities or to the Church. 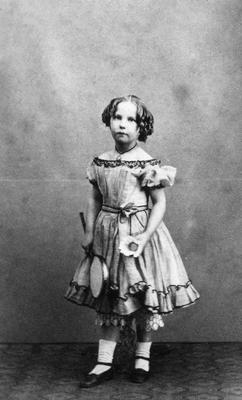