Biography
The Royal Commission on Ancient & Historical Monuments of Scotland (RCAHMS) was established in 1908 by Royal Warrant to make a list or Inventory of the surviving heritage from earliest times up to the year 1707. In 1948 this was extended to include the built heritage after 1707. In 1966 the Scottish National Buildings Record was transferred to RCAHMS, thereby creating the National Monuments Record of Scotland (NMRS), along with the responsibility for the recording of threatened buildings. In 2008 SCRAN (Scottish Cultural Resources network) became part of RCAHMS.Also in 2008 the Aerial Reconnaissance Archive became part of RCAHMS, forming the National Collection of Aerial Photography (NCAP).
In 2015 RCAHMS merged with Historic Scotland to form a new organisation called Historic Environment Scotland. 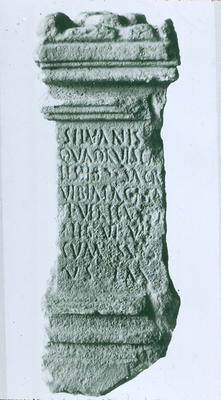