Biography
Alexander Nimmo junior (1858-1943) was educated at Cambridge and Edinburgh Universities and qualified as a solicitor. He became a partner of Russel and Aitken (along with T Callander Wade) on James Aitken’s death in 1911. He played a full part in the life of Falkirk as Honorary Treasurer of the Falkirk & District Savings Bank, Trustee of the Royal Scottish National Institution, Larbert and Vice President and convenor of the Finance Committee of Falkirk Cottage Hospital and then Falkirk & District Infirmary.

Among other duties, Alexander Nimmo was Curator Bonis for Jeanie and Maggie Robertson (daughters of James Robertson and Margaret Roberts or Robertson) who both suffered from mental ill health and at times were patients of the Royal Edinburgh Asylum for the Insane. 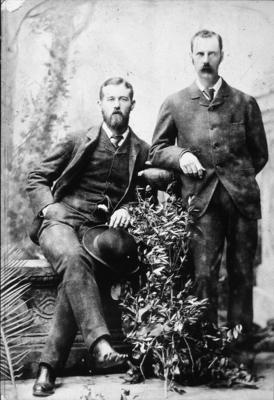